It seems like your 30s are a decade of many questions and mysteries. Why are my veins sticking out? Is that a grey hair? Why don’t my shorts fit? What do I wear? How do I parent? Why can’t I sleep despite being perpetually exhausted? But one of the trickiest mysteries is why is it so blinking hard to make friends?

Friendships throughout the years

Humans are by nature pack animals. We seek out others to make tribes with and have done for millennia. Taking a look at our own lives, making friends throughout the years never seemed that much of a challenge. Lets go back in time for a moment. In the school yard you were a kid who had no idea who they are or what they wanted yet making friends was as simple as sharing a bag of crisps or playing a game of Little Mermaid. In Comprehensive school you got separated from your primary school pals and formed new bonds over the Bunsen burner which led into going to the park and chasing boys after school and then your first nights out on Bacardi Breezers and ten quid in your pocket. University saw you move away from home and into halls of residence with the giddy sense of freedom yet the responsibilities of adulthood being so far away. People from all over the country were thrown into the same situation and just like that you fell into easy friendships with room mates, course mates and randoms you met at the union. Who remembers waking up on a Sunday morning with a dozen friend requests and multiple tagged pictures? It was easy, it was fun, it was…natural. Then in a blink of an eye university was over and yet again you moved, either back home or away for a job. This seems to be where those carefree, easily formed friendships got a little trickier. Now you were an adult and probably had a job that required at least an iota of professionalism. New people at work needed to be vetted before friending on Facebook or asking them for a drink after work. Welcome to the minefield of adult friendship forming.

I am an adult now, I am important and serious.

I think that a big change we go through with our friendships as we age is the fact that we develop a stronger sense of who we are, understand what we need (and don’t need) and lose some of that carefree childlike attitude that allows us to talk to practically anyone who crosses our path and ask them to join in our imaginary game. Add to that mix the lack of organic meetings (like school or uni), partners and children and it seems like an impossible feat to make new friends once you hit your third decade on the planet. Everyone is just so freaking busy and not to mention the fact that they might be plants from your boss to befriend you only to access your Facebook and divulge its most hideous content to your superiors resulting in your termination and social disgrace (Okay maybe that’s a bit dramatic and my Facebook doesn’t have anything THAT incriminating on it but I’m definitely more wary than I was many moons ago in the union when everyone and anyone made the cut to my friend list).

I moved across the world when I was 23 and left behind all my friends which was torture. I haven’t ever been a flavour of the week type of friend. I chose my mates carefully and have been friends with my girls since school. I love them more than anything. Each one makes me laugh and I wouldn’t want to imagine life without them. I’m a very lucky girl to have them. Now if they’d just move to Canada already! My best friend in the world, Charlotte, and I have been friends for almost our entire lives. I mean it started off a little rocky between us but a teacher forced me to sit next to her one year and the rest is history. I still chat to her practically every day and when we’re together its like we’ve never been apart. We have millions of in jokes and stories from our childhood and perhaps why I find making friends at this point in life is that lack of history. There’s something so special about having your lives intertwined for so long you can’t remember them not being there. Now just because you didn’t go to school together doesn’t mean you’ll never be amazing friends. I will say that I’ve got some amazing friends here in Canada who I cannot imagine being without. Many of them I’ve been friends with for years now so we’re building a new history together. My closest friend here keeps me sane, makes me laugh till my sides hurt and loves her wine as much as I do.

Let’s hear it for Mum Tinder

A major problem in your 30s is the lack of organic friend meeting opportunities. You’re probably done with school and don’t go out as much unless it’s with your kids and you spend an abnormal amount of time chasing them around persuading them to go to the bathroom and not much time looking like the carefree, approachable perspective friend you hope to be. I joined the Peanut App (think mum Tinder but way, WAY more wholesome) and I’ve been blown away by how many 30 somethings seem to struggle to find friendships that are meaningful. So many women say they’re lonely or find it hard to get out and meet people that it seems somewhat pandemic. I’ve decided to put myself out there during this maternity leave and I’ve made it my mission to say yes to anyone who wants to meet (within reason of course, I do not wish to be made into a lampshade or have my organs harvested and sold on the dark web) and to take a chance on asking fellow mums out on play dates or for a drink. It’s actually been an incredible experience and I’m amazed of the response you get when you just put yourself out there. I’ve met some incredible women who I have so much fun with. Sure it wasn’t the most organic way to meet but it works!

Another reason is that we’re busier now than ever with careers and families, but I remember my parents always having people around or going to their friends’ houses for dinners and parties. This left me wondering if it is a generational thing? Or is it the advent of the smartphone and how we now message people for our friend fix rather than taking a chance and ringing the doorbell to see if they’re in for a chat? It absolutely blows me away that no one just calls around their friend’s house for a coffee or a wine on a whim but it is a somewhat military style operation that must be organized and reorganized a month in advance. Why are we so scared of inconveniencing people? I guarantee you that many of your friends are probably sitting at home wishing someone would just ring the bell and take the freaking pressure off of all. this. damn. planning. I fear spontaneity is an art lost on many millennials.

Maybe the real reason that making friends as you get older has much to do with fear. Fear of not liking other people, fear of not being liked, fear of being too much or too little, fear of offending people, fear of being made into a skin suit (this fear is REAL when you are meeting internet people guys…just me?). Maybe if we could go back to that carefree child we once were who danced with abandon in public and thought nothing of pretending to be a cat with a perfect stranger then we would find it a lot easier to connect with other people as we age (or find ourselves the subject of an unflattering newsreport).

There seems to be many reasons as to why your 30s seems like some kind of friendship black hole whether it be lack of natural circumstances to meet, being cooped up covered in baby sick and barely functioning, or just plain old fear. What we need to do is take a chance on friendship, put ourselves out there and start making new stories with new friends that soon become old friends. That way you can be part of the biggest clique in the nursing home (on Wednesdays we wear support stockings).

I'm Joanna and I run The Millennigal blog. I love travel, fashion, beauty, good food, books and all things chalk paint. View all posts by The Millennigal

This site uses Akismet to reduce spam. Learn how your comment data is processed. 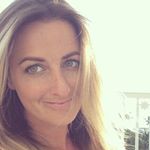 Hey! My name is Jo and I am the International Farm Wife. I’m a 30 something  who is dedicated to thriving in this awkward, busy, “is that a new grey hair?” period of life and helping others do the same. Thanks for stopping by.

From playroom to wine drinking room 💅🏼
I cannot believe this is from giant tiger! You need this in your life
More coastal grandmother goodness.
I cannot sit still apparently. What could todays project be? #home #homedecor #diy #housebeautiful #housemadehome #coastalstyle #hamptonsstyle #blueandwhiteaesthetic #myhomevibe #diyhomedecor #diyprojects
Romanticizing my life as if I didn’t just return from the dollar store
One day this will be a grown up snug but right now this spot is home to a giant pink Barbie dream house. Super aesthetic 😒